“Strong disagreement between people, groups, etc., that results in often angry argument”
– A definition of “conflict” from Merriam-Webster Dictionary

Conflict has a harsh sound to it. Most people don’t like it, and it can be destructive.  It feels risky and time consuming. They’re either afraid of it or they don’t want to expend the energy to deal with it.

But conflict is normal, and can be positive. Research into team performance has found that teams in which there is no diversity of opinion tend to agree quickly and feel confident, but actually make worse decisions; an aspect of what psychologists call “groupthink.”

Conflict on a team is not only good, it’s necessary to ensure members of the team are pushing themselves and each other to a higher level of performance. In fact, when handled well, conflict forces us to be creative problem-solvers, to avoid mistakes, and to learn how to benefit from our differences, all while challenging us to broaden our skills.  Researchers have found that creative performance in teams is not achieved mainly by agreement, but needs cognitive confrontation.  In other words, don’t be afraid to (respectfully) challenge the ideas of people on your team.   The results are often favorable.

Conflict is useful because it creates opportunities to secure multiple perspectives on meaningful issues and find the most effective ways of moving projects toward successful ends.  As with most things in life, the extremes are the problem.

We have a propensity to become attached to our perceptions and create fixed positions around them.  Conflict turns ugly when it gets personal, leads to more conflict, affects productivity and harms working relationships.  If a team is in constant conflict, then it needs to evaluate root causes.  Likely there are trust issues that need to be uncovered and resolved. Distinctly different personalities that just don’t understand one another’s perspective can lead to ongoing destructive conflict.

Conflict may be caused by differing goals, values or perceptions of the team members.  It can be the result of a clash of personalities, professional jealousy or communication problems. Sometimes it happens when someone is trying to establish themselve as the alpha female or male.  Conflict can occur over resources in some businesses, or it can be the result of office politics.  It can be caused by how the business is structured or its culture, where fear, insecurity or lack of trust exists.

A recent conflict study found that personality clashes and warring egos were the top causes of work conflict.  A clash of egos occurs when both people have an overpowering urge to be right, and is  more common in times of change or where there is uncertainty over someone’s role.  This turns every disagreement into a power clash and a “win-lose” situation. It is not easy to resolve differences when two people take this stance, as there is little room for compromise. This can be destructive to the team, so it is important to find a way around this conflict of egos.

Differences of opinion are healthy in business but it’s the way those differences are voiced or acted upon that often causes problems. Minor disagreements should never be allowed to fester or escalate, because it can prove damaging for your business.

Here are some tips to evaluate whether your team has healthy or destructive conflict:

In the next issue of The Business of Valuation, we will offer some suggestions on how to manage unhealthy conflict on your team.

Ellen Warden works with BV practices to recalibrate comp and incentive structures, identify retention solutions, coach leaders on employee relations flashpoints, and develop strategies to meet the challenges of Millennials and employees from every generation. For more information, go to WorkPlace Synergy.

Simple Steps to a Winning Offer

A Healthy Dose of Conflict 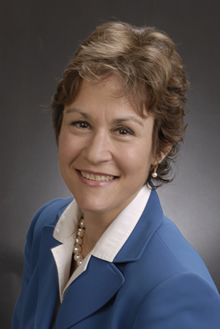