Group meetings can be the bane of a BV practice leader’s existence. Teams experience poorly facilitated meetings as a tedious chore, often generating far too few productive results. Even though individuals may have competence and expertise, as a group their meetings can feel divisive, unproductive, and be a collective waste of valuable time. Other times, a group of BV staff can come together with a remarkable synergy, resulting in great decisions and definitive progress.

So, what makes the difference? What makes one group “smarter” than another group?

This question has become increasingly important to answer, as more and more tasks (research, management, etc.) are accomplished by groups. Sometimes the teamwork occurs in person; other times, the work is done online. In either case, determining the factors that contribute to intelligent group performance is crucial in order to make the most of limited time and resources.

The concept of “general intelligence” (otherwise referred to as the “g factor”) was first proposed by psychologist Charles Spearman in 1904. The general principle works like this: a person who excels in one area like writing or vocabulary, will usually also excel in other areas such as math and science. In most basic terms: some individuals are ”hardwired” for high intelligence – they have smarts. But what happens when you put smart people in groups? Do some groups become “smarter” collectively?
Recent research from a team of scientists from Carnegie Mellon, M.I.T., and Union College shows that some groups do work smarter than others, showing evidence of a general collective intelligence factor (“c factor). A high “c factor” is inferred when the group has the ability to perform well on a wide range of tasks. This “c factor” however, is not based on individual intelligence (higher I.Q. scores for group members), more extroversion among the group members, or even teams that reported higher levels of motivation to succeed. So, how did these groups achieve “collective smarts” that lead to successful outcomes? One would expect that a team with the most intelligent or motivated members would automatically generate the best results. Not so.

The researchers found three essential characteristics that defined the smartest groups. First, all of the team members contributed in a fairly equal manner, without letting any particular person dominate the discussion. Second, smart groups have team members that can accurately read the non-verbal emotional cues of their teammates (essentially: mind-reading). And thirdly, teams with more women performed better than the teams with more men. Women tend to score higher on the social sensitivity measure than men, which can explain why groups with more women tended towards more cohesive decision-making. Scholars concluded that having gender diversity may be an important variable to creating healthy group climates and productivity outcomes.
Additional studies done with online teams showed the same results: the most important predictive ingredient for a successful and smart group remained social sensitivity or good emotion-reading skills (emotional intelligence). Active and equal communication also contributed greatly to the group’s success.

As a BV practice leader, now is the time to ask yourself this question: Am I cultivating and supporting groups that harness the power of collective intelligence? How will I instill the three essential factors in future meetings with my staff? Now is the time to empower and promote team members with the opportunity to contribute equally and fairly, ensuring that each person gets a chance to communicate their ideas and opinions. Take the time to really listen to each other. Smart groups are going to be essential in handling an ever-widening array of tasks, and further studies continue to be explored in building a science of collective performance.

Transferring Audit/Tax Staff Into BV? Better Use an Assessment!

Meetings That Matter: The “c factor” That Maximizes Teamwork

Are You Trying to Hire Your Double? 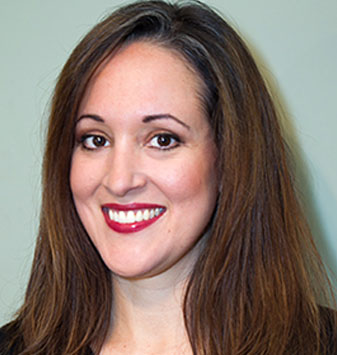